Elite controllers (ECs) constitute a rare subset of HIV-infected individuals who possess the remarkable ability to suppress viral replication (defined as an undetectable viral load or viral load <50 copies/ml for >12 months) in the absence of antiretroviral therapy (ART). Studies show that immunological parameters and indicators of long-term complications demonstrate the benefits of initiation of ART even in patients with undetectable viral loads or normal CD4 levels. We describe one such HIV EC from Bengaluru, Karnataka, India. This HIV-positive patient has been asymptomatic for several years in the absence of treatment. Multiple tests on viral load were undetectable. The patient was initiated on ART in view of falling CD4 counts, to ameliorate the high CD8 levels and to prevent future cardiovascular events.

In <1% of the world’s HIV-infected population is a group of individuals called ‘elite controllers’ (ECs) (also known as ‘HIV controllers’/‘elite suppressors’).[1],[2] ECs possess the innate ability to suppress plasma viraemia for years without antiretroviral therapy (ART).[3] These individuals must be differentiated from another subset of HIV-infected individuals called ‘long-term non-progressors’ (LTNPs). LTNPs have detectable viral loads but are able to delay the progression to AIDS due to high T cell immunity (CD4 counts) and remain asymptomatic without ART.[4],[5] Specific demographic characteristics such as age, gender, mode of HIV infection, ethnicity and race for ECs have not been clearly defined.[1] Studies on the demographics of HIV ECs in India were not found.

We report one such patient from Bengaluru, a city in southern India. On review of the literature, there was only one other case report from Chandigarh, India.[6]

A 38-year-old male presented to our clinic in March 2018 with a history of HIV 1 (diagnosed in 2012), not on ART. He complained of mild fatigue for 1 month following upper respiratory tract infection (which resolved without treatment).

On further enquiry, it was found that in 2012, the patient was diagnosed to be HIV-positive in a blood donation camp. His diagnosis was confirmed at multiple centres by enzyme- linked immunosorbent assay. The patient’s CD4 count, at the time of diagnosis, was reported to be 600 cells/μl, and hence he was not started on ART (prior to the revised National AIDS Control Organization guidelines of 2017, ART was not initiated in asymptomatic patients till CD4 counts decreased to <350 cells/μl[7],[8]).

The patient had a history of absence of any physical ailments such as chronic cough/fever/diarrhoea, weight loss or any other AIDS-defining illnesses[9] for the past 6 years. He had not undergone any follow-up since diagnosis.

The patient had received one platelet transfusion for dengue in 2010 at a private hospital. He underwent extracorporeal shockwave lithotripsy for renal stones in 2005 and 2015.

The patient had no other significant medical/surgical history.

The patient was married (2010) and had a 6-year-old child. His wife had tested negative for HIV in March 2018. The patient was sexually active with his wife (had been using a condom since diagnosis). The couple were planning for a second child.

On examination, the patient was healthy. His systemic and local examinations were within normal limits.

The patient’s viral load was undetectable in March and April 2018. His CD4 count decreased from 389 to 269 cells/μl. His CD8 count was high (1731 cells/μl) and the CD4/CD8 ratio was low (0.22). The patient’s total cholesterol, triglycerides and very low-density lipoprotein levels were also high [Table - 1]. 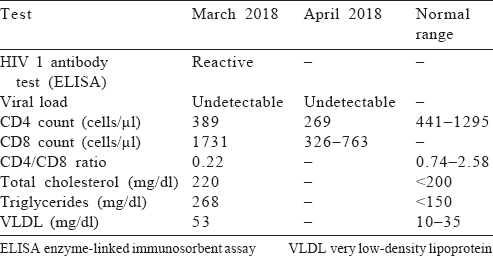 Table 1: Baseline reports of the patient

Based on the above laboratory findings and an asymptomatic period of 6 years since detection, the patient was diagnosed to be an HIV-positive EC with falling CD4 counts.

In view of the falling CD4 levels, the patient was started on ART. Lifestyle modifications were advised for dyslipidaemias.

Since the initiation of ART in April 2018, the patient was asymptomatic. There were no co-infections. His laboratory reports from May 2019 to August 2019 [Table - 2] showed a steady rise in CD4 levels and a fall in CD8 levels. His lipid profile showed a worsening of dyslipidaemias and hence lipid-lowering agents were started. 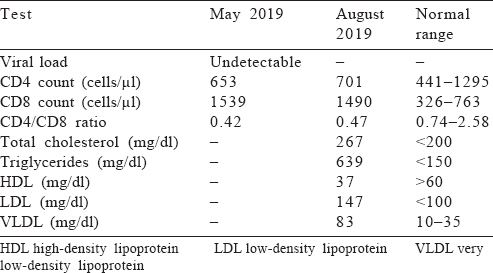 Table 2: Follow-up reports of the patient

One of the widely accepted definitions of HIV ECs is the ability to suppress viral load to <50 copies/ml without ART for >12 months.[10]

The suppression of viraemia in this EC can be attributed to several HIV-specific immune mechanisms. These include (i) infection with a defective virus;[11],[12] (ii) increase in HIV-specific CD8 T cells (as evident in this case with CD8 levels ~2.5 times the upper limit);[13],[14],[15] (iii) decreased susceptibility of CD4 cells to the HIV virus;[16] and (iv) host factors such as mutation in human leucocyte antigen isotopes.[11]

After 6 years of remaining asymptomatic, the patient presented with fatigue for >1 month, which correlated immunologically with declining CD4 levels. This can be corroborated with the COHERE collaboration which studied 1017 ECs to assess factors leading to an eventual loss of natural immunity. Persistently low viral levels, viral rebounds, chronic immunological activation and imbalances in T cell immunity have been implicated.[17],[18]

The patient’s CD4/CD8 ratio of 0.22 suggests an imbalance in the immune system. This, in addition to a highly active T cell response and persistent low levels of viral replication, contributes to a state of chronic inflammation. This in turn leads to the development of premature atherosclerosis resulting in cardiovascular diseases (CVD).[19],[20] Furthermore, HIV-positive individuals (treatment-naïve as well as those started on ART) may present with dyslipidaemias (as seen in this patient), which lead to atherosclerosis as well.[21] The summative effects of the above factors (chronic inflammatory state and dyslipidaemias) are yet to be studied. We believe that this might lead to an accelerated progression of CVD in an EC such as ours.

A fine balance must be struck between the benefits of initiating ART regardless of viral load (e.g. to conciliate the highly active immune system) and the adverse effects of ART. Studies indicate clear benefits in the early introduction of ART in ECs regardless of CD4 count or viral load in view of the prevention of long-term cardiovascular complications.[22] Falling CD4 counts, loss of viral control or progression of HIV infection, without doubt, warrant the initiation of ART.[23] Keeping this in mind, we started the patient, with falling CD4 counts and high CD8 counts, on ART despite his undetectable viral load. In the event of an EC not initiated on ART, close follow-up (of clinical progression, inflammatory markers, immune status changes and viral load) becomes imperative.[23] Lifestyle modifications were recommended for dyslipidaemias in this patient.

On the patient’s follow-up visit in May 2019, after 13 months on ART, the CD4 counts showed considerable improvement. The CD8 counts were decreased. We can attribute this to ART which, in all probability, placated the overly functional immune system.[24] On the literature review, we did not find any studies outlining the duration of therapy needed to normalize CD8 counts. A repeat lipid profile, however, showed a worsening of serum cholesterol and triglyceride levels. After careful evaluation of the patient profile, possibilities of drug interactions and to reduce his risk of coronary artery disease, he was started on lipid-lowering agents.[21],[25]

With tens of thousands of new cases of HIV being detected every year, ECs are being studied extensively to understand their underlying HIV-specific immune mechanisms and to provide an insight into cell-mediated immunity which appears to play a key role in controlling HIV replication in the absence of ART.[26] Researchers are hopeful that these rare groups of individuals might provide the answer that will put an end to this global epidemic.

We did not investigate for HIV 1-specific CD8 T cells and the patient had not been tested for his immunological parameters or lipid profile prior to March 2018.

As of 2015, the number of people living with HIV in India has been estimated (2.17 million; range 1.711 million–2.649 million).[27] The percentage of ECs in India is yet to be determined. Our report provides insight into the characteristics, diagnosis, management, follow-up and implications of ECs. Our patient with falling CD4 count and high CD8 levels was initiated on ART to prevent long-term adverse effects.