Upward trend of caesarean sections in India: Incision over precision 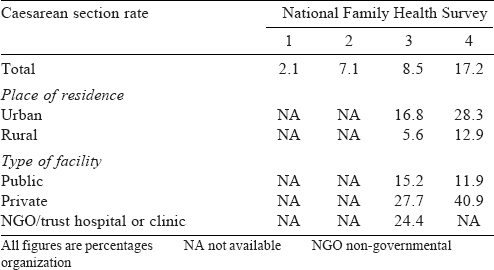 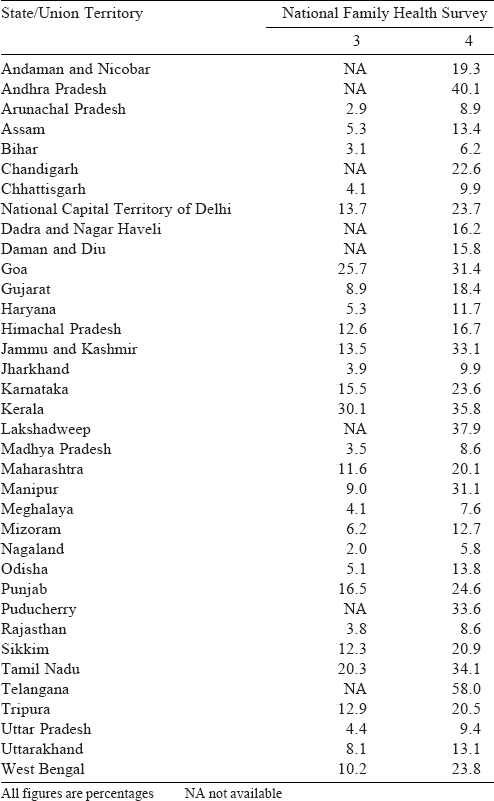 The CS rates were higher in deliveries occurring in private healthcare facilities, across all states. The rates were also higher in urban areas compared to rural areas, though both had shown an increase compared to the previous round.[4] Private healthcare facilities did more than one-third (40.3%) deliveries by CS. Previous rounds of NFHS found an association between increased rates of CS with maternal education, parity and high wealth quintiles.[5],[6]

In recent years, there have been revisions in recommendations related to CS for term foetuses. It is ethically unacceptable to do CS for non-medical indications according to the International Federation of Gynaecology and Obstetrics (FIGO).[9] A rise in CS rates is linked with a fall in the neonatal mortality rate. WHO states that as countries increase their C S rates up to 10%, the neonatal and maternal mortality rates decrease.[2] However, there is evidence that if the increase in CS rates is beyond 10%, there is no further reduction in the neonatal and maternal mortality rates.[2] Previously, CSs have been categorized according to the indications (e.g. foetal distress, cephalopelvic disproportion [CPD] and failure in progression of labour). However, these are open to interpretation. The Robson (or ‘10 groups’) system overcomes some of the problems concerning the classification of ‘indications’.[10] The Robson system is modest, vigorous, replicable and clinically relevant. It permits comparisons and analysis of CS rates more reliably across different facilities, cities and regions. It categorizes women into 1 of 10 groups based on characteristics such as previous pregnancy, lie of the baby, number of babies and uterine scar. This classification may be used for defining indications of CS in patients as well as for national and international comparisons.[10]

The aim of public health is to prevent disease, but when a treatment option becomes a rising risk, it defeats the purpose. CS rates need a baseline assessment and monitoring of trends across cities and states. Careful monitoring of demographic profile of mothers, indications and rates of CS should be done to proactively control the unprecedented rise. No such systems are in place in India.

Every delivery can be managed on the basis of defined protocols. There should be periodic scrutiny of surgical procedures during delivery. Medical audits and strict supervision are required at government and private facilities. Based on the recommendations, prompt action should be taken at both individual and healthcare facility levels. As has been observed in NFHS-4, states with a higher maternal mortality rate have a lower CS rate. Hence, while CS is necessary, it should be done on the basis of a clear set of indications. Stricter action may be necessary for healthcare facilities, mostly private ones, where CS is being done for pecuniary benefit. Laws in relation to practical aspects of delivery need to be strengthened to safeguard the interest of not only patients but also obstetricians. Considering the variation in patient profiles and risk factors, relevant guidelines should be framed for CS. National guidelines should be made available for both public and private health facilities.